This week on Survivor! I am still interested in this season. I do have to say though, they really orchestrated a great beginning to the season. I fell in like with nearly every character and now I'm not sure if the ones I liked best are still around. I'm having a hard time keeping keen on what's going on each week. I'll admit, last week I just wasn't feeling it like I usually do. I'm hoping this week brings back some of the oomph I've grown accustomed to.

On a side note: Boston just won game 7 against the Montreal Canadians. Sweet. Now they will face off against the Philadelphia Flyers. I wish they would have spelled flyers with a ph (phlyers). I've an interest in turning words with fs into words with phs. It's a thing I suppose. Not too sure where I gleaned it from, but there it is.

Will Matt continue on his journey in this game? Will his lord wish him to remain in this game? Will Matt realize that he needs to fight for his right to party? Will Julie prevail knocking him out? Will Mike be the grand champion once again on the Island? Do you think Mike took over reign of the Island of Misfits? Aka Redemption Island.

Let's see what this week brings to Survivor!
Okay, get on with the weekly update. If you ain't watch it last week, read my blog instead :) Shameless plug to those of you who do read it...pardon me.
Steve and Phil make amends. Sort of. Phil isn't sure Steve is sincere in his apology. Steve wasn't really apologizing for thinking Phil is crazy - he just felt bad that Phil thought he was racist. Steve wanted to ensure Phil understood that he is not a racist.
Rob, "Phillip's under my protection." Hahaha! Smart move, I guess...however, I would really like to see Phil win and hopefully the other members of BR's tribe are pissed that he keeps Phil around longer than the rest of 'em.
Ooooh! Phil had another vision and I'm pretty sure he said Jessup (full-blooded Cherokee btw) was his great, great grandfather - anyhow, he was told that he would find his shorts. And he found them! That's awesome. "Don't mess with the undercover specialist." He even got the most famous quote wrong..."You can't stand the truth." Come on.
I do think it's kind of awesome that he found those shorts and hey, maybe GG Jessup showed him the way. Fricken awesome.
On the island of misfits - is it really that bad out there? I do wonder. Matt is declining mentally right now. He's wasting away and missing his family. He's having a hard time talking without crying - wow, the honesty and ability to show his vulnerability is beautiful - he really is you know.
Matt (21 days on Redemption), Mike, and Julie enter the ring. Matt is at peace with whatever happens to him - whether he goes home or stays in the game. I wonder if he really will try his hardest still. Slide your puck through the board to touch the endzone without going off - BOSTON WON TONIGHT!

I bet that's why they have a hockey-type challenge. They have to go through obstacles. Mike has one already. They need three or something like that. Mike has 2 now. Julie has one. Matt has one. Andrea is all hurt because Matt didn't give her the eyes and smile at her...he just pushed air out his nose like a little dragon at her. He just got safe! He's staying on Redemption Island. It's now between Mike and Julie. Mike stays safe and Julie is hitting Jury Duty. It was almost like - oh fuck off, Jeff...Jesus did a fast for 40 days and Survivor is 39 days - WOW how ironic and cool. Survivor is religion. Now Julie is going to find a church! You know what? Good for her. She's going to try and find something to help give her strength. Julie's house is in foreclosure and she was trying to win this game to save her house. Nobel. However, she is now the second person on the jury.
BR is listening hard to the girls talking - Andrea, Natalie, and Ashley. Andrea thinks Matt is kind of pissed at her...you think? She's all upset and guilty "on a human level, not on a game level" for voting out Matt. BR and Grant are now gunning for Andrea. Maybe she's going to end up going home before Steve and Ralph...here's hoping.
Immunity Challenge - does he have to say, "Once again Immunity is up for grabs." They are doing a log roll. Last person standing wins. The reward? CHOCOLATE CAKE. Fuckers, I want some. Trying to watch calories right now and one smaller snickers bar is 220. My FAVOURITE. I'm going to have one soon. I'm having one soon.

Grant and Rob are matched up first and Grant wins and moves on! YES! I'm so happy Rob is out. Andrea and Ashley are next and Andrea just fell in seconds. Awesome. Steve is up against Ralph. Ralph moves on! Yes! I miss Ralph, they should show him more. Natalie is going up against Phillip. Philthy is moving on! Sweet. Ashley and Grant - Grant wins and moves on to the final. Next round is Ralph and Phil - Ralph did this weird hand clap thing...I hope he wins and YES it's between Ralph and Grant. C'mon Ralphie boy! Crap. Grant won. Rob is much too happy about this. I hope he doesn't invite Rob to eat the cake with him. ONE person - he's struck and invited Rob. Ralph, "I ain't a gay person" he just wanted to be picked. He chose Andrea. Interesting. What's the twist? There is a twist hidden in a wrapped satchel. They can only eat for two minutes. Grant just said that he wanted Andrea to feel comfortable so he can blind side her with less guilt.
SWEET! Whale tail shots. Interesting point - while looking up different photos for whale tales, I had no idea that they use the same term for the showing of thong underwear much like a plumber's crack. Learn something new everyday I guess. 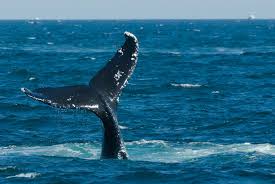 Ralph, I can't understand you.
Rob, "this is what's going on right now." He wants to keep Steve around because he believes that Steve is no longer in this game. Ralph is still in the game and is a physical threat so Ralph is going home first. Straight away Ashley threw Andrea under the bus and now they are going to vote out Andrea if they have to vote out two people. They aren't allowed to see what is in the package until they get to tribal. Steve tried to talk to Natalie and Ashley about voting out Rob and making a real change in this game because "he's going to take nimrod with him."
Andrea believes that they are all rock solid, but that's stupid...you can't all go to the finals. You will have to start eating your own. I can't stand Rob right now. They are realizing that Steve is not quitting because he used to be in the NFL and he ain't a quitter. Ralph made one final call out to the other tribe to get Rob out now. Jeff thinks that Rob hasn't betrayed Amber since the alliance he made with her...we don't know that for sure.
Rob doesn't play his hidden idol...I hope he goes...but he won't...12th person voted out - Ralph. Fuck sakes. Man are they silly...unless they are using Rob to get rid of everyone else first and then they ditch him.
Ooohhh...the twist - Nice another immunity challenge and then they have to vote out another member.  I hope Steve wins! My prayers are out there! I guess I might be late since I'm watching it after it has all happened.
Memorization game - symbols shown and then you have to repeat. Let's see how it goes. Natalie and Phil are the first ones out. Grant and Andrea are now out. ROB wins immunity - fuck. I'm so pissed. Steve is going to Redemption Island. Or is he? Yes, he's gone. Man, it's going to get ugly...everyone on the former Ometepe tribe is super excited that Steve just got voted out without realizing that they are going to have to start down the line...first, Andrea. After that, Grant.

Next week on - something destroys everything that they've built so far. I'm not sure what Rob was referring to, but we'll see. Now there are four people on Redemption Island - nearly tied up as I thought it might end up being. Redemption really will be a redemption.

Redemption
Matt, Mike, Ralph, Steve (order of elimination - wait this one is harder to peck out since they were bullied out of the game and all have talent)

Home on the range
Francesca, Russell, Krista, Kristina, Stephanie, Sarita (might have been more interesting if Russell remained in the game)
brought to you by... Unknown at 21:31