Welcome to another week of Survivor:
So far: Francesca, Russell, and Kristina have all gone home.

I'm hoping, with fingers and toes crossed, Krista kicks around until she's able to get off Redemption and into the merged tribe somewhere down the line. However, I doubt this is going to happen. We are, after all, about to witness the second coming of Matt. I want Krista around because she's my character for the work pool.

Zapatera are getting a little bit 'bickery' and we'll see ... 'what happens this week on - SURvivor'. Maybe they needed Russell to stick around so they could focus their negative energy toward him while maintaining harmony.

Krista is happy to be around Matt because he's positive. They both believe that God has sent them there.

Steve's got hurt feelings about getting a couple of votes at tribal - really? He's in the huge fraction of the tribe and Krista and Stephanie had to vote for someone. Stephanie held her ground when he said her vote was stupid. She doesn't really care. I mean really? Who was she supposed to vote for?

Natalie and Ashley had a 'spa' day with dull scissors. I'm not kidding - gross! Natalie was plucking Ashley's armpit hair. They have done nothing around camp. Oooh, Philthy walked over and asked the girls to check the fire. All he wants to do is get people to help out around camp. Listening to them talk - dear me, seriously.

WHAT! I had no idea that Krista was super into God. They sat down and prayed and she got her luxury item; her pink bible - finally they connect via their faith - that's great! Too bad they weren't on a tribe together.

Witness to the Dual? Julie and Mike from Zapatera and Natalie and Andrea from Ometepe.

They will be playing a giant game of labyrinth after collecting three bags with a grappling hook where they will collect one marble for the table game. Whomever wins, stays in the game for now. Krista gets her bag first. Then Matt. Krista gets her second one. Matt then got his second. Krista got her third in three tosses. Now she's on her way to do the table maze (Labyrinth). COME ON Krista! Matt is winning on the challenge and NOOOOO! Matt stays alive and Krista goes home. Dang it all. Dang. Krista gave Matt her bible. What a great gesture. Andrea didn't think so. She was all, "girlfriend" with her eyes. Andrea and Matt kinda have/had a thing goin'. Matt looks really sad that Krista is now gone.  Now Andrea wants him to go because "he can be very dangerous as well". Which I interpret to be: He needs to get gone because he was my man and obviously I didn't mean much to him because he made friends with someone else." Too funny.

Sarita's got a booboo tooth. Julie thinks she's a drama queen princess. Ralph thought it was kind of silly to try and clean her dirty teeth with a dirty stick - she gouged her gums. Now they are talking about unseating her in the game. David is trying to get Stephanie to be more part of the group because he likes her better than Sarita. Let's see what happens.

Phillip had a reasonable request and Natalie and Ashely were annoyed with him. A storm is coming in and he wanted them to collect wood. BR and Grant just think 'well they are girls and they ain't gonna do anything'. HAHAHA, Ashley was all offended because he doesn't ask the boys to help in the same way as he's been asking them...he does ask the boys. He just doesn't have to ask all the time, they just get up and help. Now Ashley thinks that Phillip is mentally ill because he wants her to pull her weight. At least he said that Andrea does her share. BR mentioned that he needs play peacemaker so the tribe can continue to win and not contribute to dividing the tribe. He likened himself to Arafat - well...I don't know much about that Nobel Prize winner, but there is some speculation. I'm just sayin'.

Stephanie is trying to get back into the tribe. She went to talk to Steve to try and apologize for something she's not really sorry for. Pretty good strategy for her...she's trying to save herself. Steve accepted the apology. Then she planted the seed. She said she really wanted to vote out Sarita. Her and David are trying to work together - Steve was in agreement. Maybe Sarita will be out next. They kept showing Sarita really babying the right side of her mouth.

Nice birdy flying in the sky.

Oooh, Challenge! Looks interesting. I like the tribe colours this year - purple and orange.

Phil is a Gorillion today! He's using both of his totem animals - sweet!

The challenge? To launch balls with a big slingshot and the others have to catch them in a net thing. First to five wins immunity and reward. Sarita is sitting out this one. She's got a sore tooth...what's worse? They will also get reward! They will be brought out to San Juan Del Sur to a nice spot overlooking a lake. 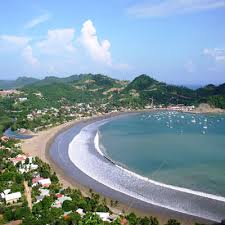 Ometepe winning 1-0. 2-0. 3-0. Grant is kicking some BUTT. 4-0 (BR caught this one). Mike totally ripped off Grant's shirt trying to keep him away from catching the ball. Not very sportsmanlike is it? 5-0. Grant caught the last one. Boston's team won again. There we go. Let's see if Sarita gets sent to Redemption. Maybe Julie was right to be a little scared for some nasty karma for throwing that challenge to get rid of Russell.
They got so much FOOD! It looked good and healthy too. The view was amazing. There was a Jesus statue there: 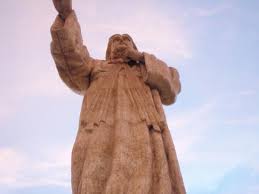 BR was checking for the hidden immunity idol under the lobster tails. Grant grabbed the clue and then him and BR go to 'look at the view'. At least he got to read the latest clue and Philthy looked over and saw what they were doing. Phil gets all serious with the cameras explaining how the three of them are: 'Stealth R Us' - Phil is the specialist, Rob is the Mentalist, and Grant is the Assassin! Heck ya! The trinity. He's annoyed and Hell hath no fury like a Gorillion when he's been provoked - he's choked. He served his country for 4 years, 11 months, and 13 days. He's going to smile and when the time comes he's going to 'kick a little ass around here.' Booya!

David is lobbying for Sarita to get gone. Sarita is not going to campaign. She doesn't feel she needs to because she's so loyal. Let's see what happens! Julie and Sarita had a good little chat - she's going to kick around for another week. She's cute and likeable. Julie's not too sure at this point. David is trying his best to sway those left. I don't know. Sarita is aching and they can't sit anyone out for challenges. I think it might come down to what she says at Tribal (Stephanie that is). Ralph just said that if he had been slinging, he would have done better. Stephanie tried to call out Sarita for sitting out. David was all over Sarita for it too. I think Stephanie's age might be shining through right now - she's bickering to trying to stay, but it now sounds desperate. David is really fighting for Stephanie to stay because they need strength right now and Ralph is on board with that strategic thinking. This is going to be a close call tonight for sure. DANG IT - Stephanie was voted to Redemption Island - it's all good, she will have a chance to get back into this game. I think this puts David next in line. They really couldn't trust Stephanie right through to the end because she already told Rob that she would flip to be on his side once the merge happened anyhow.

Anyone notice that commercials are showcasing some GREAT music lately? This is a way to keep my interest. They have a ford commercial with a song by one of my favourites - Jonsi's Go Do. So good.

Next time on - Survivor: Mental fatigue. Dave is a lose cannon and BR has a target on him! Finally. Stephanie has some high hopes of winning out there on Redemption - she might.

And on a completely unrelated note: doesn't Scotty on American Idol look like the guy from Mad Magazine? Don't get me wrong, Scotty got TALENT. I hope he either wins American Idol or he places in the top three. He'll have a record deal either way. And he's cuter than the Mad guy. 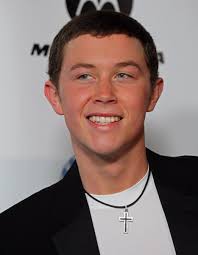 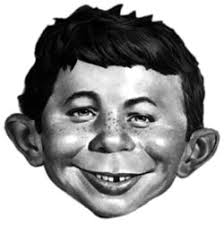